The Bunny and The Billionaire 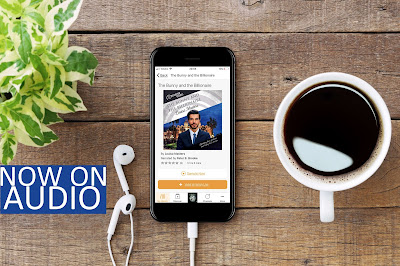 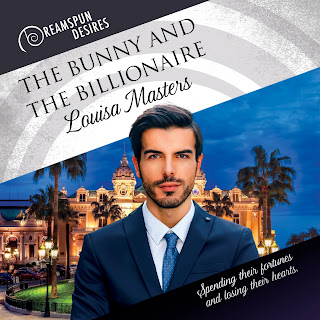 After getting off on the wrong foot—as happens when one accuses a stranger of being part of the Albanian mafia—their attraction blazes. Léo, born to the top tier of society, has never known limits, and Ben, used to budgeting every cent, finds it difficult to adjust to not only Léo's world, but also the changes wealth brings to his own life.

As they make allowances for each other's foibles, Ben gradually appreciates the finer things, and Léo widens his perspective. They both know one thing: this is not a typical holiday romance, and they're not ready to say goodbye. 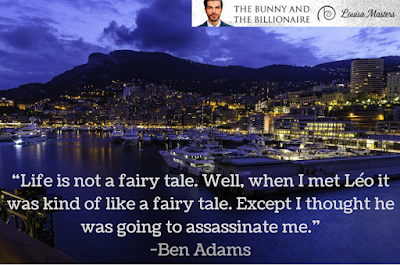 From Ben and Léo’s first “official” date, the day after they meet:

“Let’s eat here,” he said quickly. “I haven’t tried the restaurant yet, but I saw the menu and it looks good.”
Léo smiled in a way that made Ben’s stomach feel funny, and in short order they were at the mostly open-air restaurant on the roof level, greeted effusively by a man who seated them at what Ben was sure was the best table in the place, shaded yet with an uninterrupted view of the Mediterranean.
If he hadn’t been so stupidly nervous, Ben would have soaked it up.
The maître d’hôtel left them, replaced by an eager waiter who asked what they wanted to drink. Léo shot Ben a wicked glance, his lips curving, and Ben’s face went hot.
“Sparkling water,” Léo told the waiter. “Then perhaps wine later.” The man left, and Ben smiled gratefully at Léo.
“Thank you,” he said. “And thank you for being so good about last night. I know I made a bit of a fool of myself.”
“Not at all,” Léo said gallantly. “You were charming.”
Ben laughed outright. “I wouldn’t have called it that, but hey, your description sounds better than mine. Anyway, I drank too much of that incredible champagne, and you were really nice. So thanks.”
Léo’s expression was warm and approving. “I’m glad you enjoyed the champagne, and it was my pleasure to spend the evening with you. We would not be here now otherwise.”
Ben’s face went hot again, and he buried it in his menu. He felt awkward, even more than usual, and desperately wanted the loosening effects of alcohol. Maybe he should have ordered a drink, after all, but he didn’t want Léo to think he was a lush.

Come on, Ben. You don’t need alcohol to talk to the billionaire playboy son of a princess.

Louisa Masters started reading romance much earlier than her mother thought she should. While other teenagers were sneaking out of the house, Louisa was sneaking romance novels in and working out how to read them without being discovered. She’s spent most of her life feeling sorry for people who don’t read, convinced that books are the solution to every problem. As an adult, she feeds her addiction in every spare second, only occasionally tearing herself away to do things like answer the phone and pay bills. She spent years trying to build a “sensible” career, working in bookstores, recruitment, resource management, administration, and as a travel agent, before finally conceding defeat and devoting herself to the world of romance novels.

Louisa has a long list of places first discovered in books that she wants to visit, and every so often she overcomes her loathing of jet lag and takes a trip that charges her imagination. She lives in Melbourne, Australia, where she whines about the weather for most of the year while secretly admitting she’ll probably never move.

Enter to win one of two prize packs to celebrate the audio release of The Bunny and The Billionaire! Complete the following entry form: http://bit.ly/2B6E4Kp


Following the theme of The Bunny and The Billionaire, win these nifty travel soaps - one French, for Leo, and one Australian, for Ben - and a mini champagne bottle full of M&Ms. 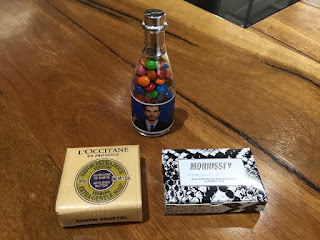 Email ThisBlogThis!Share to TwitterShare to FacebookShare to Pinterest
Labels: Louisa Masters, The Bunny and The Billionaire