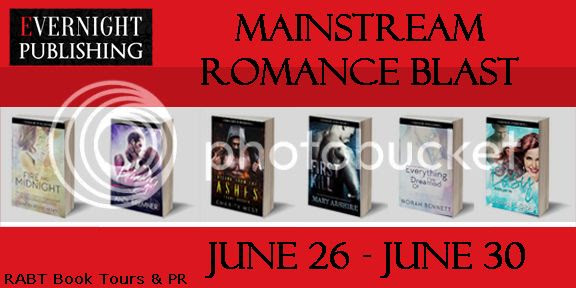 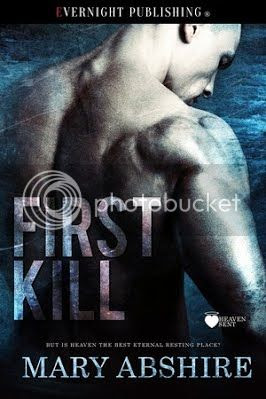 Andrew enjoys the company of women, perhaps too much. The council in heaven had enough of his sexual promiscuity and sentenced him to return to Earth to destroy demons. To make matters more difficult, if he has sex with a woman he has to stay an extra year. Without clothes, money, or food, his task seems impossible.

Emily is in a world of trouble. She leaves her family, job, and home in Chicago to start a new life. As she's driving along a country road, she discovers a naked man lying in the middle of it. He's incredibly built, sculpted to perfection, and blessed with a fine package south of his navel. When he asks for her help, she can't resist.

Over the next several days, Emily's sanity is tested. Andrew struggles to keep his hands to himself. Emily seeks the truth from Andrew while he endeavors to kill a demon. What she discovers frightens her—angels, demons, heaven and hell exist. Determined to help Emily change her future, Andrew offers her a deal. But is heaven the best eternal resting place?

“Is that a cell phone?” he asked.
“Yeah. Don’t say anything.” A few seconds later she said into the device, “Troy, I got the car. Raymond was an ass and tried to get more money from me. I didn’t pay him. Anyway, I’m at a hotel for the night. Don’t call me back. I’ll contact you sometime later. Take care, brother.” She lowered the phone and set it on the nightstand separating their beds.
“Wow. I can’t believe how much things have changed,” he said.
She rubbed her eyes. “What do you mean?”
“That cell phone is so different. It’s so thin. Like the TV.”
“Yeah.” She leaned her head back and stared at him.
“Can I look at it?”
“What?”
“The phone.”
“Uh … sure.”
He set the remote on the nightstand before he lifted the cell. It was light and smooth, completely different from the ones in the 1980s. There were small buttons on each side and one at the bottom under the screen. He pressed it and a scenic picture appeared. The time showed at the top and there were tiny images underneath. The device reminded him of the computers he’d seen in heaven, but in a miniature version.
“Amazing,” he said.
He shifted his attention to Emily. She was lying on her side, facing him, and struggling to keep her eyelids up. The woman clearly needed sleep, but he sensed she might be unsure of him. He’d promised he wouldn’t hurt her and he’d meant it. If anything, he wanted to help her as much as he could, including undressing her, bathing her, kissing those cute little pink lips… He swallowed and looked away. Sex was not option.
The woman remained a mystery to him. She’d agreed to help him even after he’d told her he was an angel. If he’d been in her shoes and had come across a naked man with such a far-fetched tale, he would’ve left the man behind. She hadn’t. Why? He also was curious to know why she was so far away from home. Why did she exchange her car for the Toyota? It was a better vehicle, but still… From her appearance, he guessed she was in her early to mid-twenties. Did she have a job? Was she married? Did she have a boyfriend? And what about her family? Were they still in Chicago? She hadn’t said much about herself. She seemed more interested in learning about him. But then, he couldn’t blame her after what he’d told her. He wanted to know more about her, but he didn’t want to anger her.
“What’s it like?” she asked softly.
“Hmm? What?”
“Heaven.”
She was fighting to stay awake. He figured it was because she didn’t trust him. He had no intention of stealing from her. Even though her soul had color, she seemed to have a kind and generous heart. He couldn’t fathom causing her any more distress than he already had.
He set the phone on the nightstand and then scooted down and lifted his legs onto the bed. “It’s nice, peaceful, orderly…” He threaded his fingers behind his head.
“It sounds boring.”
“There’s plenty to do and places to go. People still work, but there’s no money. Everyone’s pretty much happy.”
“Were you?”
He thought over the question. He had his family and had made friends in heaven. He’d met plenty of women. He didn’t have any obligations. What was there not to like? “I guess so.”
“So why were you sent back?”
He pondered his answer. If he gave her the full details, he feared she would ditch him. The fact she continued to ask questions indicated she didn’t believe everything he’d told her.
“They need people to kill demons,” he said, which wasn’t exactly a lie.
There was a moment of silence. Her eyelids closed.
“I don’t believe in God, or heaven or hell.” Her words were a little slurred.
He stared at her for the longest time, wondering why she’d formed such a belief. Clear to him now, she didn’t believe he was an angel.
“You need to rest,” he said.
He rose from the bed and tugged the blankets off his mattress. The temperature in the room was warm enough for him, maybe a little too cozy, but he wouldn’t mess with the heating and cooling unit. He decided she might need the covers and didn’t want to move her since she was falling asleep. Carefully, he lowered the blankets over her. She didn’t stir at all. He resisted the temptation to kiss her cheek. Knowing his luck, he’d startle her and she’d smack him. He hoped he’d get a chance to press his lips upon her another time.

Mary lives in Indiana and is a lifetime lover of the paranormal, sci-fi, and fantasy. When she's not slaving away at her government job, she is a Paranormal Romance and Urban Fantasy Author. She creates fantastical worlds with vampires, demons, werewolves, angels, and other supernatural creatures. Dive into her books and find suspense, a dash of mystery, and seductive men with passionate hearts.

For more information about Mary or her books, please visit her website: https://mary-abshire.com