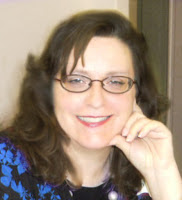 Amelia C. Adams has lived many lifetimes, and is currently enjoying this stretch as the author of sweet and clean Western romance. She is the author of the Kansas Crossroads series, the Nurses of New York series, and contributed two books to the American Mail-Order Brides series - with ideas for many more. You can learn more about her and her books on her website. 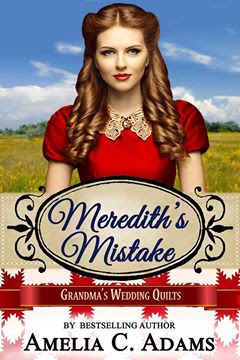 The summer Meredith turned eighteen was filled with romance and laughter - two young men sought her hand, and she chose the one she thought would make her the happiest. He certainly was the most handsome, and the wealthiest, and could offer her the most pleasant life. But that turned out to be a mistake . . . one she would regret for a very long time.

In a strange twist of fate, now she's being given a chance to set things right. Will she be able to live down her past, or will her foolishness keep coming back to haunt her and keep her from ever being happy with the man she loves?

Sidney Atwell looked up from the newspaper as Meredith entered the kitchen, her dress completely soaked around the bottom six inches, holding up several fish in her right hand.
“Are you hungry?” she asked him, nodding toward her catch.
“Not at the moment. Your mother fixed a fine supper, which you missed.”
“I’m sorry, Father. Luke and I went fishing, and he didn’t think they’d bite, but I proved him wrong.” She looked down at the floor and noticed that she was leaving a little puddle. “I’d better get this cleaned up before Mother sees me.”
Sidney rose from the table. “Give the fish to me and go change. I’ll get the water off the floor too.”
“Thank you!” She handed off her smelly burden and did her best to tiptoe across the room, hoping that would reduce how much water she left behind, but it was no use. It squelched out of her shoes with every step. It wouldn’t have if Luke hadn’t pushed her into the stream as they walked home. Her shoes would take a day or two to dry out, but she had another pair, and it was worth it to see him laughing and joking again. Only once or twice did he seem awkward about being with her, when something was said that reminded them about the shift in their relationship, and then they were able to laugh about something new. They’d be all right—she was certain of it.
She put on a dry dress and a new pair of stockings, then pulled on her house slippers and went back to the kitchen. Jemima stood there, her hands on her hips, looking at the pot of fish now sitting in the center of the table.
“And this is why you missed dinner?” she asked.
“I’m sorry. I just couldn’t pass up a chance for some fun. I start working for Mrs. Crosby tomorrow, and this just felt like one last moment of childhood.”
Jemima exhaled and shook her head. “Well, at least Luke already gutted them. One less thing for me to worry about.”
Meredith looked down at the floor. “I actually did the gutting, Mother.”
“What? You did the gutting? Where did you learn how to do that?”
“From Luke, of course.”
Jemima shook her head again. “I try to raise young ladies, and what do I get?”
Meredith put her hand on her mother’s shoulder. “You were going to gut them to cook them, weren’t you? What’s the difference?”
“The difference is that I’m an old housewife and you’re a fresh young girl who should be keeping your hands pretty and learning what it means to be a woman in society.”
Meredith laughed. “So once you’re an old housewife, you don’t get to be pretty anymore? I don’t believe that, Mother. I think you’re one of the prettiest women I know.”
Jemima waved her hand. “Go on with you now,” she said, even though she looked pleased. “There’s some bread and butter and leftover soup. You’ll need to warm it up—it was hot during dinnertime, but the later you are, the colder it gets.”
“I don’t mind warming it up.”
Meredith watched her mother out of the corner of her eye while she heated her soup. True, Jemima wasn’t very fashionable, but she had a quiet strength that made her infinitely beautiful. That was the only kind of beauty Meredith really wanted.